The Government Lottery Office of Thailand (GLO) has a pretty self-explanatory name. It is an official state enterprise under the Thai government that is responsible for organizing lotteries, generating fund for charitable causes and distributing prizes among the winners.

The Government Lottery Office has a long, long history. Lottery tickets in Thailand were first sold during the reign of King Rama V. Obviously, things have changed since then. Modernization, new technologies, and state regulations have contributed to lotteries being completely impartial and much more popular throughout the country.

What Is the Thai Government Lottery Office?

The Government Lottery Office Thailand is the country’s official national lottery organizer. It administers a lottery drawn on the first and 16th dates of each month.

Thailand has strict regulations about gambling. The game organized by the Thailand Government Lottery Office is one of the legal options. Horse racing betting in Bangkok is the only other that’s permitted by law.

Ever since establishment, the lottery has been incredibly popular in Thailand. Statistics for 2014 show that 19.2 million people in Thailand have played the government lottery at least once during the year. These people spent over 76 billion baht (2.3 billion US dollars) on the acquisition of tickets.

The manner in which GLO operates is somewhat different from the manner in which national lotteries take place in other countries. In most parts of the world, the government oversees the business of lottery agencies. In Thailand, the Government Lottery Office is the sole organization responsible for both printing the lottery tickets and distributing them among retailers. Of all funds generated through ticket sales, approximately 28 percent is allocated to governmental use.

There is one more fact that makes the Government Lottery Office different from other national lottery operators. While most countries have at least a few numerical national lotteries, Thailand has just one.

Lottery tickets can be bought from the local retailers. These tickets are available in pairs and the official price has been set at 80 baht for the duo. The official price, however, does not apply most of the time. There are still street vendors that approach people in various parts of Thailand and attempt to sell their tickets. If a ticket is perceived as consisting of lucky numbers, the official price will be exceeded a few times.

It is illegal for tickets to be sold at prices exceeding the 80 baht threshold set by GLO. Legislative measures have been undertaken to address the situation. Street sellers can still attempt to sell lucky tickets at higher prices but such attempts are becoming less and less common.

The official lottery isn’t like other numerical games in which players pick their digits. Rather, the ticket comes with the numbers pre-printed on them.

GLO’s lottery features two kinds of tickets – Thai Government Lottery (TGL) and Thai Charity Lottery (TCL) tickets. The first prize in the case of a TGL ticket is three million baht and the applicable tax is 0.5 percent. For TCL tickets, the top prize is three million baht, as well, but the taxation amount is set at one percent.

Both of these tickets come with multiple bonus prizes.  In each drawing, several numbers will be picked live at the government of Thailand lottery head office. A match with the ticket you have bought will determine whether you win anything and if you do, what the amount is going to be. 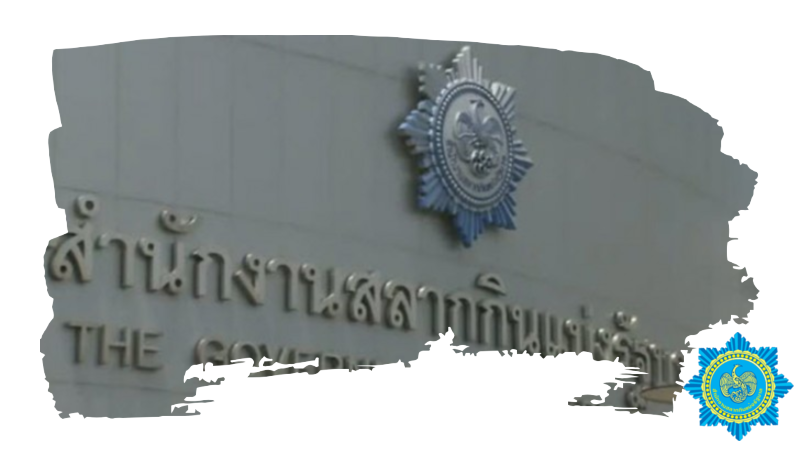 The History of the Government Lottery Office

Lottery ticket sales began in Thailand during the rule of King Rama V, in the period from 1868 to 1910. The Royal Bodyguard was the entity that received the official permit to organize such games.

Lotteries through the years were popular but they had to be ceased several times. In 1933, the government accepted the responsibility of organizing lottery games in order to generate funds for the budget.

In 2014, Thailand came under the leadership of a military government. According to the new government, a reform of the lottery was overdue. In June 2015, the price of the lottery ticket was set at 80 baht via a new law. Until then, GLO sold tickets to wholesalers who next distributed them among retailers. The government changed that method of operation, eliminating the middlemen and allowing retailers to buy tickets directly from the Government Lottery Office.

Each lottery drawing in Thailand sees the printing of 74 million tickets. Of the funds generated through ticket sales, 60 percent is allocated to the prize pool.

Is the Thai Government Lottery a Scam?

The Government Lottery Office in Bangkok is a legitimate organization that operates under a state decree. Every single aspect of holding the lottery is government by a regulation aimed at ensuring fairness.

GLO lottery is not a scam and you can rest assured that you’re not wasting your money on the acquisition of a ticket. The only problem may stem from a decision to get your ticket from a street vendor. While overcharging is against the law in Thailand, it still does occur. To avoid problems, it would be best to get your ticket from a tested and reputable lottery ticket retailer.

Is there a GLO lottery app you can rely on to buy tickets online instead of having to rely on the retailers?

At the time being, online ticket buying is not available. The tickets are printed and distributed among retailers – digital copies do not exist. For a chance to win a prize, you will need to get a physical printed ticket.

There are several Thai GLO lottery apps developed by independent entities but most of them can be used to get information and to check the latest Thai government lottery results. If you are an international player who is attempting to acquire tickets from another country, you cannot accomplish the goal at the time being.

How Does GLO Pay Out Lottery Prizes?

The Thai Government Lottery Office has a well-established procedure for the payment of lottery prizes.

Players have two years from the date on which the drawing took place in order to make a claim. Amounts that range from one to 20,000 baht can be cashed at any authorized retail lotto venue. Depending on the type of ticket bought, the respective tax amount will be applied (either 0.5 or one percent of the amount the player has won).

Prizes that exceed 20,000 baht must be cashed out by the winner in person at the government of Thailand lottery head office in Nonthaburi. A cheque is issued for the respective amount.

Where Can You Find Thai Government Lottery Results?

Thai government lottery results can be found on the official Government Lottery Office website and each of the two monthly drawings is televised and broadcast live.

If you miss the drawing and you don’t know whether you have won anything, you’ve come to the right place. Here, you will find detailed information about all of the GLO lottery drawings. The latest Thai lottery results become available as soon as the drawing takes place. In addition, we have a comprehensive archive that goes back over the past few years. It may be a good source of information for reference purposes if you are attempting to craft a GLO lottery winning strategy.